HomeTechUber gets license to operate in London
TechTechnology

Uber gets license to operate in London 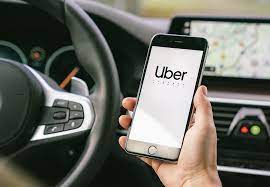 Uber has been awarded a licence to operate private hire vehicles in London for two and a half years. Transport for London already rejected the ride-hailing company a licence in November 2019.

However, in September 2020, a court upheld the company’s appeal and gave it an 18-month licence. Uber said it was “delighted” to be permitted to keep operating in the city and “pleased” to have satisfied Transport for London’s criteria.

At the court hearing in 2020, deputy chief magistrate Tan Ikram stated that he had considered this company’s “track record of regulatory violations,” but acknowledged that the firm has made attempts to resolve faults and improve standards.

“Uber has been given a London private hire vehicle operator’s licence for a duration of two and a half years,” said a spokesman for Transport for London (TfL). “We’re happy to announce TfL has awarded Uber a fresh 30-month permit in London,” Uber stated on Twitter.

“TfL is correct to push our industry to the greatest regulatory and safety standards, and we are proud to have met their high bar. We are committed to boosting industry standards in all areas as we continue to serve London.