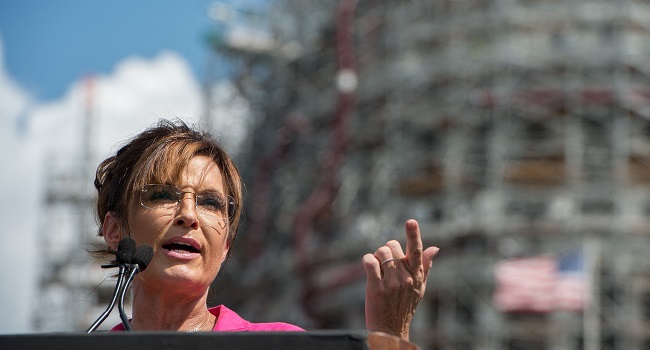 Sarah Palin has declared her candidacy for Alaska’s only member in the United States House of Representatives, her first political effort in more than a decade.

“America is at a crossroads,” Sarah Palin stated. “As I saw the extreme left annihilate the country, I felt I had to stand up and join the fight.”

Palin made history in 2008 by becoming the first woman to serve as John McCain’s vice presidential running partner on a national Republican ticket. They were defeated by Democrat Barack Obama.

Sarah Palin, a self-described “hockey mom,” became one of the most recognisable advocates of the Republican Tea Party movement after losing to the Obama-Biden ticket in 2008. She then appeared in two reality television series about her family.

Her blend of aggressive conservatism and anti-establishment appeal has caused many to regard her as a political forerunner to Donald Trump, whose successful Republican presidential campaign she backed in 2016.

Ms Palin has reiterated the former president’s unsubstantiated accusations that the election was tainted by fraud after Mr Trump’s 2020 election loss.