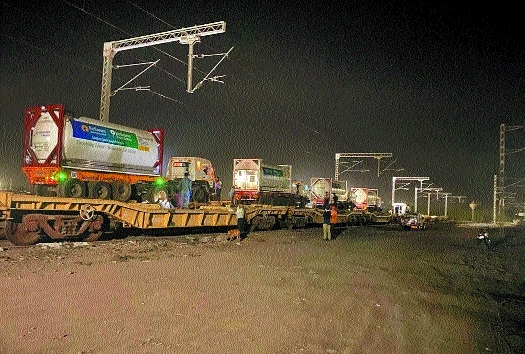 Oxygen Express trains have delivered around 2067 toons of medical oxygen in the country in only 16 days. Delhi has got the highest toons of oxygen around 707 toons and Uttar Pradesh has got 641 tonnes.

At this moment the Oxygen Express Train is carrying around 641 toons of liquid medical oxygen. The train has delivered the oxygen liquid in different parts of the country.

The train has 137 tankers which carries the oxygen liquid says the Ministry of India. sources says that till date the 34 Oxygen Express trains have completed their journey.

In Maharashtra the train has delivered 174 tonnes of oxygen, Madhya Pradesh 190 toons, Haryana 229 tonnes. Telangana 123 toons etc. Delhi is leading in this case and has got 707 toons liquid. On 19 April the first Oxygen train started.