Popular Gaurav Wasan was in news last year for helping Kanta Prasad and his wife in popularizing their roadside eatery. He posted about the eatery on his social media which gave Kanta Prasad a lot of customers.

Last year, when the pandemic hit, roadside eateries and stalls faced massive loss. Among those was the Baba Ka Dhaba in Malviya Nagar, New Delhi.

Owned by an elderly couple Kanta Prasad and his better half, the eatery was facing a massive loss. But their luck changed when YouTuber Gaurav Wasan visited the eatery and decided to help them.

He posted about the place on his channel and urged the localities to visit this place and relish the delicious food and help the couple. Within a few days, Kanta Prasad’s business flourished. But as they say that not everyone can handle fame so when baba ka Dhaba got famous Prasad opened a restaurant. 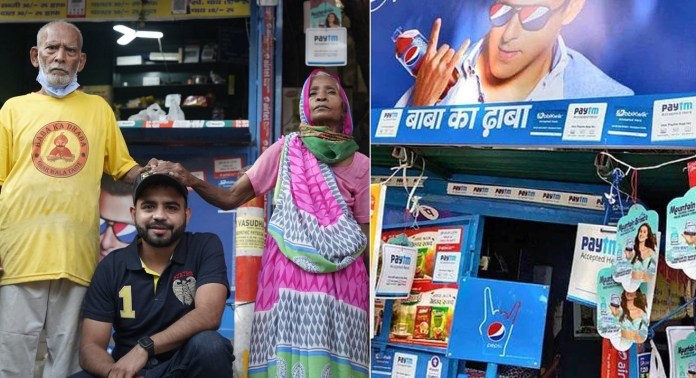 After that, he put severe allegations on Wasan that he did not give Kanta Prasad the donations which were meant for the eatery. Instead, Wasan filled his own pocket with it.

But now he has opened up that it was a part of misunderstanding and Wasan did not take any money. To which the YouTuber Gaurav Wasan has shown his big heart and chose to forgive them.

Kanta Prasad Is Back To His Old Eatery

After opening a new restaurant, apparently, Prasad could not manage things properly. He said that the restaurant did not get enough customers. And hence there was no income.

That is why he and his wife are back to their old place. And after that only Kanta made a video apologizing to Wasan for his acts. He said that he is quite regretful about what he did.

After which Wasan gave them a visit and thus showing the world that things are not sour between the couple and him.

This might interest you: Naftali Bennett Sworn In As Israel’s New PM