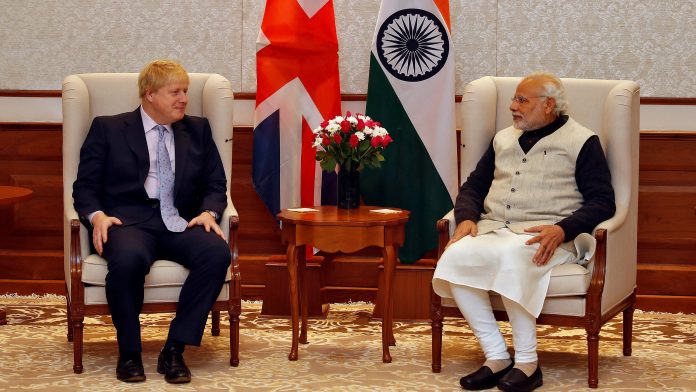 Boris Johnson claims that India has committed to a “huge push” toward a post-Brexit trade pact with the UK. Following a meeting with his Indian counterpart, Narendra Modi, in Delhi, the Prime Minister committed to get a deal “done” by Diwali in late October.

He stated that an agreement may elevate UK-India commerce to a “whole new level” ahead of additional talks next week. Boris Johnson has already stated that his goal is to get an agreement in principle rather than to sign a formal agreement.

Experts believe that any deal reached with India this year will be a forerunner to a comprehensive agreement, despite the fact that discussions are still in their early stages. And Mr Johnson cautioned that both sides would make “difficult questions.”

The two leaders met in India’s capital on the final day of Mr Johnson’s two-day trip to the nation, which had been postponed by Covid.

Following the meeting, Mr Johnson stated that India was a “amazing growing force in Asia” and that expanding commerce was a priority. Boris Johnson said Indian expertise might benefit areas like as IT, indicating that he may be flexible on an Indian demand for lower immigration regulations for its people as part of a deal.

“I’m not going to be rigid in denying skilled and talented individuals from coming to the UK,” he continued. “All I’d say is that we need to keep it under control.”