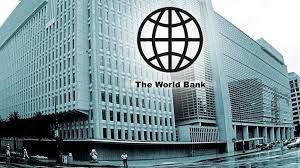 As Ukraine confronts a Russian invasion, the World Bank has authorised $723 million (£551 million) in loans and grants for the nation. The bank stated that it is working on a new $3 billion package of assistance for the country in the coming months.

It also offered more assistance to neighbouring countries that are hosting more than 1.7 million refugees, most of whom are women, children, and the elderly. A $100 million promise from the United Kingdom is part of the financial package for Ukraine.

In a statement, World Bank President David Malpass said, “The World Bank Group is taking swift action to help Ukraine and its people in the face of the bloodshed and significant disruption created by the Russian invasion.”

The cash, according to the bank, will assist Ukraine’s government in providing crucial services such as pay for medical personnel, pensions for the aged, and social programmes for the poor.

A $350 million loan is included in the deal, which is supplemented by $139 million in guarantees from the Netherlands and Sweden.

It also includes $134 million in grants from the United Kingdom, Denmark, Latvia, Lithuania, and Iceland, as well as $100 million in Japanese funding.