HomeNewsUnnamed man spotted walking on a airplane wing for unknown reasons,arrested by...
NewsWorld

Unnamed man spotted walking on a airplane wing for unknown reasons,arrested by the police:Las Vegas 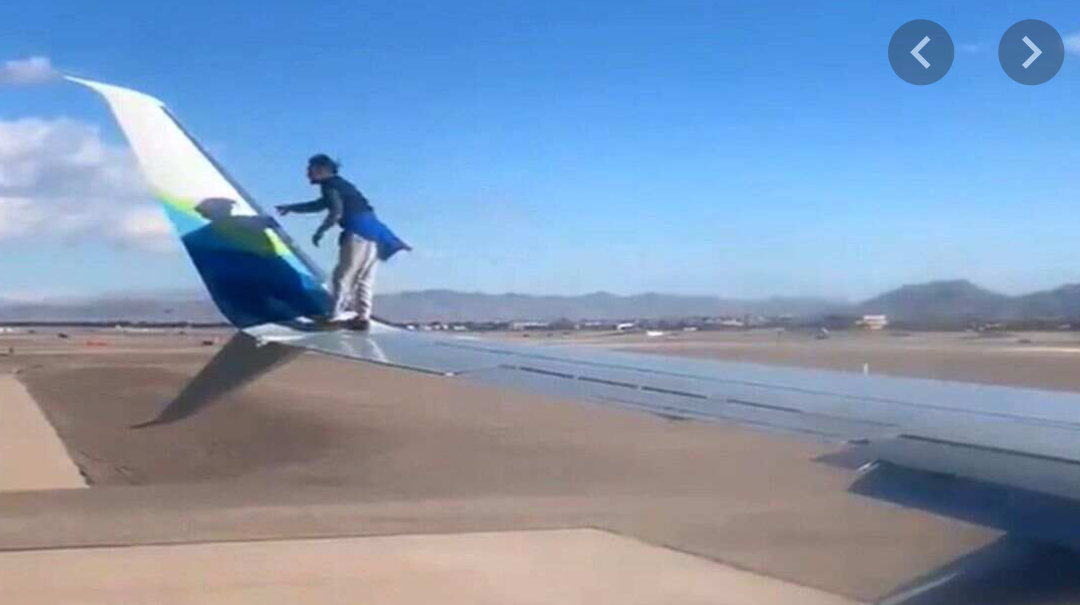 In a twisted turn of events this year, recently there was a news about a man whose name has not been declared yet who what is believed to be an act out of a mental illness was arrested by the Las Vegas police.

The man was spotted approaching the Alaska airlines flight just as it was getting prepared to take off when the pilot spotted him approaching the plane and notified control tower operators. The man was seen moving towards a passenger jet and waling on its wings right before he fell off at Las Vegas’ McCarran International Airport on Saturday.

The man walked on the wing and grabbed the winglet, took off his shoes and tried to climb up the winglet when he fell down and hit the ground as soon the officers approached him.

Although the passengers and staff were safe there has been a constant working with the law enforcement to be able to apprehend what actually drove the man to conduct such a dangerous and illegal act. The plane was all set to take off and bound for Portland, Oregon around 2p.m when the pilot spotted the man. The man had hopped a perimeter fence and was observed by airport staff around 1:40 p.m. PST, according to Rajchel. The plane was taken to the gate for a full inspection for the security of the passengers and a safe take off for the flight. According to the flight’s schedule it was supposed to take off at 12:30p.m but due to the surprisingly disturbing incident the flight was delayed leading to its departure at 4:48p.m