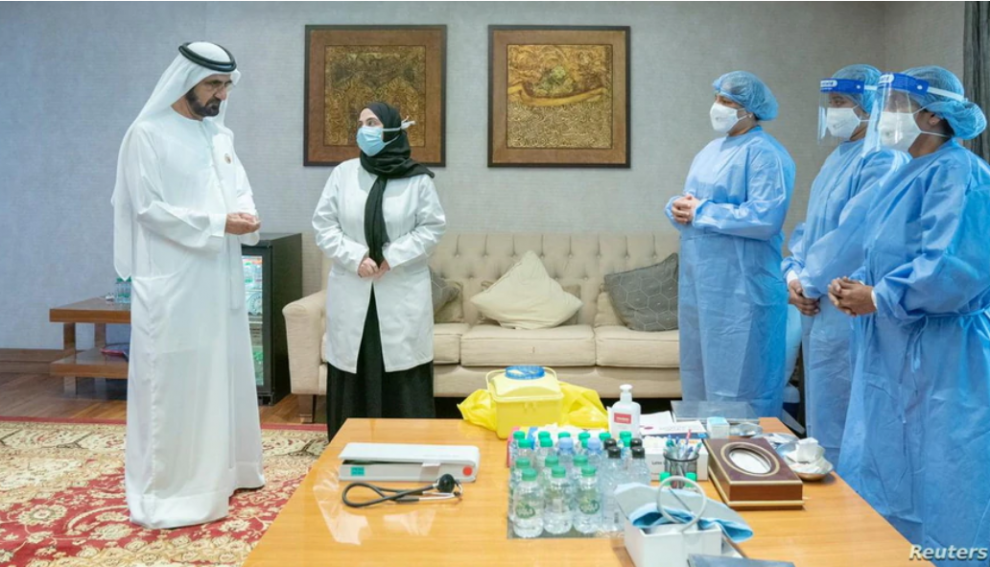 In the race for vaccine for the coronavirus UAE seems to be making statements relating to the Chinese vaccine and its effectiveness.

United Arab Emirates, home to Dubai and Abu Dhabi seems to have been testing vaccines made by china called the Sinopharm. It said that the vaccine is 86% effective in nature and has no serious aftereffects. It was tested on 3100 volunteers from age 18 to 60 from different nations and has already been approved for emergency use. Although a lot of details wee not mentioned by the country in regard what was meant by “authorized for emergency use” since the officials could not be caught to make a comment however the ruler was publically vaccinated first by the same vaccine. The vaccine works like that for polio and uses an already tested technology unlike those who use modern ways and technologies and drugs to make a vaccine. Although the vaccine ha been authorized and is already being used to provide vaccine shots to the people in 10 countries the company is still in its late trial stages.

Morocco seems to be all geared up to vaccinate it people for the virus relying on the Sinopharm vaccine heavily for now. The fact that whether the tested results were only from the Emiratis or china as well is not clear and out yet. But what seems to be concerning is if the world as whole and those nations those were hit really hard by the virus will accept a vaccine made by China given that that is the origin country of the virus and other political tentions or not. The silver lining to this vaccine is that it got approval from UAE which gives out the signal that the vaccine can be used widely especially by those countries who cannot afford expensive vaccines from countries like the UK or the USA. What can arouse questions and doubts in the world media is that when the Emirates made a disclosure about the approval and the vaccine the Chinese representatives were silent and the scientists have also noticed that there is lack of sufficient data and important logistics to the vaccine. The Emirates, which is among 10 countries where Sinopharm is testing its two vaccines, said it had reviewed an interim analysis of data from late-stage clinical trials by Sinopharm that also showed the vaccine was 100 percent effective in preventing moderate and severe cases of the disease. There were no serious safety concerns, it said. “The announcement is a significant vote of confidence by the U.A.E.’s health authorities in the safety and efficacy of this vaccine,” the ministry said.

Pfizer gets approval for its vaccine distribution in the US also.
India to get a new symbol to signify Atmanirbhar Bharat,foundation stone laid on Thursday.
Comment