HomeEntertainmentTandav Season 2 the most talked about series to make a comeback...
EntertainmentBollywoodWeb Series 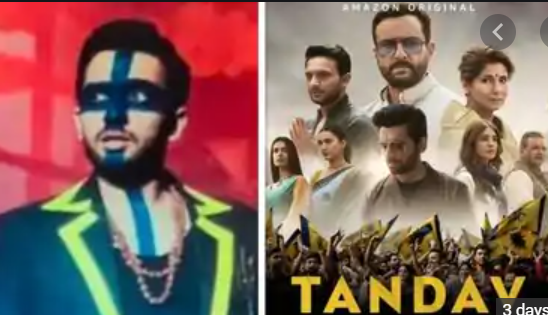 The series of the year to become Tandav rocked the earth beneath the foot of many soon after its release.

The kind of power, energy, influence the series has makes people want to pay deepest respects to the creators and the minds behind the entire series. Politics is a well-known dirt filled profession to go into. It is no more for the people, by the people, of the people but only manipulative, selfish and incredibly dirty with people hungry for power and a high money earning seat in the parliament. The biggest democracy’s real face exposed in the series threatened the careers of many and the tactics played by the top-notch politicians in presenting a news or an incident to the people became much clearer. The question of whether the government and media are actually reliable and is the country in the hands of well educated and social work minded people still stands a tall.

Starring Saif Ali Khan, Sunil Grover, Dimple Kapadia and many other the series highlights some major events in a fictional manner and how the youth of the country if need be can turn a small coup to a big revolution altogether in demand for justice and their rights. Season 1 ends on a very iffy note and with multiple revelations yet to be made it is pretty clear there can be a second season expected although the series is already in a lot of conflict and in legal danger of getting banned in the name of hurting Hindu sentiments the actors and the makers made it clear that there will be a second season.

The official dates for the trailer or the entire series is not exposed but it is hoped that it will be soon and will make a even bigger blast and impression than this given it has so many expectations to meet and ha to reach the already high set bar now. The story of the second part would focus on Young lads, Samar Pratap Singh, Ayesha, Raghu, Gurpal and Shiva are going to be major highlights of the series. It is obvious that Shiva gets to know about everything and he would now fight against Samar. We would also get to see the face of that caller and a few more characters may be introduced by the makers. Although there is yet a lot to be done from scripting to the actual shooting but it is sure it will come out in 2022 itself due to delayed shooting due to obvious circumstances.