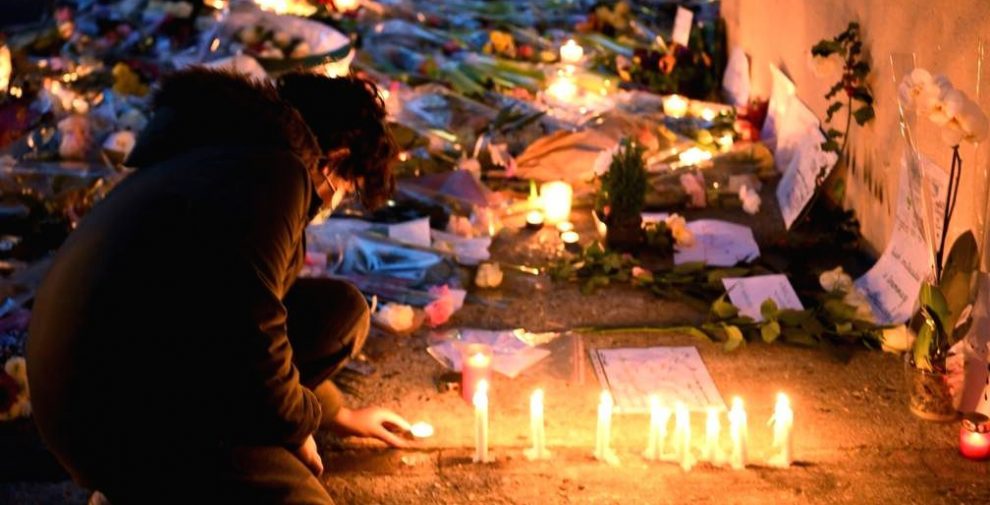 Thousands of people assembled in central Paris on Sunday to express their support for a teacher who was beheaded for viewing cartoons of the Prophet Mohammed to students.

Protestors on the Place de la Republique displayed posters asserting: “No to the totalitarianism of thought” and “I am a teacher” in memory of the slain colleague Samuel Paty.

Some in the crowd yelled “I am Samuel”, reverberating the “I am Charlie” cry that went around the world after Islamist gunmen murdered 12 people at the Charlie Hebdo satirical magazine in 2015 for printing cartoons of the Islamic prophet.

Also Read: Two arrested for attempting violence on the Queen

Local authorities informed that around 6,000 people congregated in Lyon in eastern France on Sunday.

“The entire educational community is affected, and beyond it, society as a whole,” teachers union representative Bernard Deswarte stated in Toulouse.

Paty was viciously killed when he was going back home from the school where he worked as a teacher in a suburb northwest of Paris on Friday afternoon.

On Saturday, anti-terror prosecutor Jean-Francois Ricard said that Paty had been the recipient of online intimidations for displaying the cartoons to his civics class.

Complaint against the teacher

Portrayals of the prophet are considered to be taboo in Islam.

An online call for “mobilisation” against the teacher was initiated by the father of a student and wanted his sacking from the school.

The girl’s father and an identified Islamist militant are two of the detained people, with four members of Anzorov’s family.

An 11th person was detained on Sunday, a judicial source informed, without elaborating further.

“For the first time, a teacher was attacked for what he teaches,” stated a colleague from a town in the vicinity who provided only his first name, Lionel.

As per his school, Paty had offered Muslim children a chance to go out of the classroom before he presented the cartoons, as he did not want to hurt their feelings.

A nationwide homage will be scheduled for Paty on Wednesday.