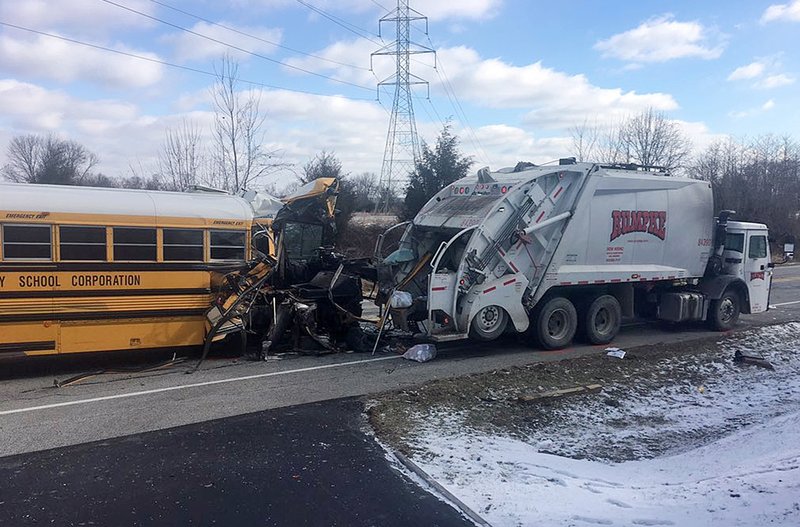 A work truck and a yellow school bus ploughed into each other on Wednesday on a two-lane New York state road. This incident took the lives of three people, one of whom was a child.

The incident took place in New Windsor, Orange County, approximately 66 miles northeast of New York city. The authorities informed that a minimum of three people from the crash were sent to a hospital as they were critically injured and numerous others were provided treatment for minor injuries too.

The bus belonged to the Little Britain Elementary school in New Windsor, as reported by the Washingtonville Central School District.

The initial examination signifies that a truck in the westward direction traversed over the double yellow line and crashed into the school bus coming from the east. The investigation is still underway.

Police informed that a third vehicle was also entangled in the crash. Photograph from the wreck highlighted the badly damaged front end of the bus and devasted windshield. A trailer from a tree service company inclined on the bus was also visible in the photograph.

A girl on the seat behind the driver had to be rescued from the bus and was severely injured. Eight other students were aboard the bus, who were taken to St. Luke’s hospital in Newburgh to be under observation as per school protocol and basic practices, as informed by the police.

The drivers of both the vehicles involved, the bus and the truck were hospitalised due to their serious injuries and condition. The police did not instantly reveal the names of the drivers.

Regional emergency services and district staff were swift to report to the crash site and the parents of the children were alerted by the officials.

Executive of the Orange County, Steve Neuhaus, hurried to the site as soon as he could.

“Horrific scene, young kids,” Neuhaus stated. “School bus accidents are the worst. We’re hopeful that everybody will recover. But it is a horrible, horrible accident, and I’ve seen many in my life. This is probably the worst I’ve seen.”