HomeHealthPeople from the flight from UK test positive, Increase in tentions of...
HealthNewsPolitics

People from the flight from UK test positive, Increase in tentions of cases of new variant in India. 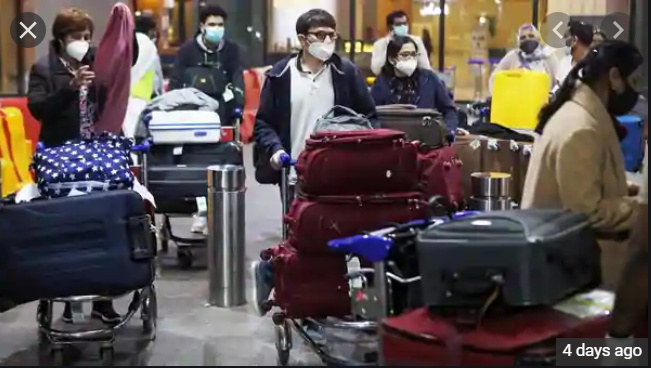 The fight against coronavirus seems to be never ending fight for the world leaders and population.

Ever since the new variant of the virus came out the cases related to the same seem to not end. All those who travelled to and from UK have been tested positive after there samples were sent out for a test however it is still not clear if its because of the new variant or just what had been going on for so long.

Over the past few days anyone who has come from UK has been tested positive. When the flight from UK landed there were around 22 people that tested positive for the virus of which 11 were from Delhi 2 in Kolkata and 1 in Chennai.

The government assured the nation that there are no cases of the people being hit by the new strain but just to make sure that the new strain does not enter India as it does no good to the nation and the people all flights to the UK have been banned and all those who travelled from the country are told to conduct the RT-PCR test and stay at the airport until the results kicked in. The samples were taken to the National Institute of Virology in Pune for testing fi the infected people are suffering from the new variant or not.

Precautionarily the authorities advised all those who travelled from the country in the past 4 weeks to self-monitor and quarantine themselves as to avoid any further spread of the virus by them. The Maharashtra government over concern from the new variant have already announced the night curfew.

Coronavirus hit India is the ways that were definitely not anticipated. It brought down economy and left thousands of people jobless and out wo wander on the streets leaving them to starve at nights and their families hopeless. Apart from the numerous deaths the virus also hindered education, business, small scale industries, corporate sector but what it hit the most is the morale and lifestyle of people.

Everyday increasing cases have made people live in fear and prevented them from living their lives and meeting their loved one for a long time.