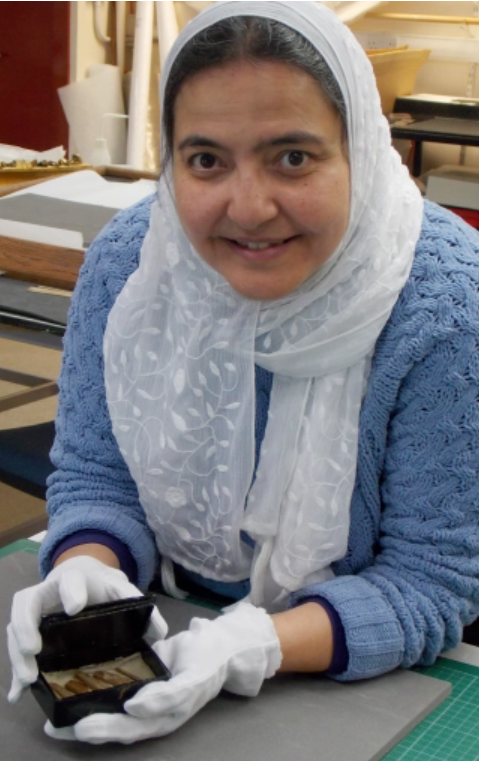 The world is a billion years old and what tells us firmly about it are the artefacts discovered by the historians and archaeologists and curators and paleontologists.

These discoveries are what makes us aware of what was life like before humans started exploiting the nature and settling in. Freshly, there has been made a very intriguing discovery by an Egyptian assistant Curator at the University of Aberdeen in Scotland regarding the great Egyptian pyramid. A box of cedar wood was discovered in the museum of the university after being lost for more than 70 years after it was first discovered inside the Great pyramid at Giza in 1872. It was one of the three very important artefacts that were discovered at Giza but had got lost and has lately been found in a cigar tin in A Scottish University collection on Wednesday.

The fragments date back to 5000 years whilst the building of the Giza. The records of 2001 show that the remains were discovered along with a ball and a bronze hook probably that wee used for construction were donated to the University of Aberdeen. Unfortunately, they went missing for all these years until now when the pieces of cedar wood were found by assistant curator Abeer Eladany in its Asia collection. “It has been like finding a needle in a haystack,” Eladany said after discovering the fragment of wood among hundreds of thousands of items.

“I’m an archaeologist and have worked on digs in Egypt but I never imagined it would be here in northeast Scotland that I’d find something so important to the heritage of my own country.” The discovery was made when he found a cigar tin box unidentified with other pieces because it had an old Egyptian flag on it.

The fragment when discovered measured 5inches or around 13 centimeters but is now in multiple pieces. The pieces ended up in Scotland because of a connection between DIXON and doctor named James grant who studied in the university. It is also suspected that there may have been more pieces of wood or what is known as the “Dixon Relics” may have been used to construct the pyramid however, the coronavirus has delayed the carbon dating results that may date the fossil to be dated as back as to 3341 and 3049 BC that is even before the construction of the pyramid. Neil Curtis, head of museums and special collections at the University of Aberdeen, called results from the carbon dating a “revelation”.

“This discovery will certainly reignite interest in the Dixon relics and how they can shed light on the Great Pyramid,” he added.

China To Expand Weather Modification Programme By 2025
Republic Day parade to be enlightened by the presence of UK PM Boris Johnson.
Comment