Neha Kakkar and husband Rohanpreet flaunt wife’s baby bump in their latest Instagram posts, poses question if the news is true or not. 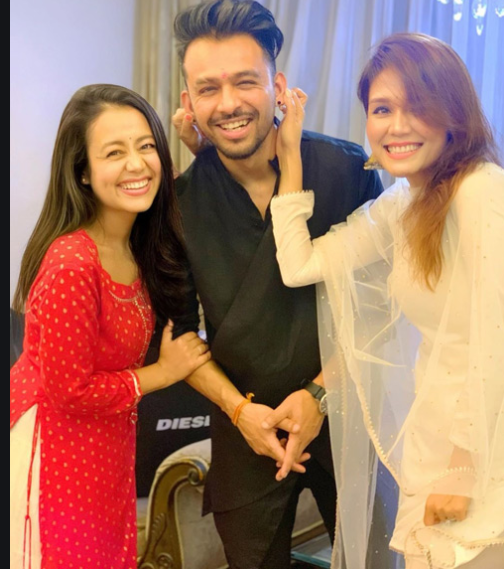 It seems like this year was not all so bad for the Bollywood stars of the country. Some of the most beloved couples of B-town are all set to welcome a new life to their world with Anushka Sharma, Kareena Kapoor Khan pregnant there are news coming in that one of the most talented singers of the industry Neha Kakkar might also be pregnant.

Neha Kakkar got married 2 months ago to Rohan Preet Singh who is also a singer. The Kakkar’s is a family of singers with Neha Kakkar and both of her siblings in the same business. The Kakkar siblings are really tight in bond and seem to be doing really well in their career with their songs being a big hit and receiving a lot of love from the fans. Recently, in her latest post on Instagram Neha Kakkar Is seen flaunting and caressing her baby bump with husband Rohan Preet Singh. What can be assumed to be the promotion of her new song ‘Khyal Rakhya Kar’ the fans and the entire media is in a debate if the singer is really pregnant or not. However, the comments from her brother and husband and other loved ones seem to suggest that the couple is pregnant but Rohan Preet’s latest post of her wife from a friend’s wedding and their recent airport pictures the lady does not seem to be pregnant leaving the fans in a disarray.

Her husband commented he will have to now take extra care of his wife and Tony Kakkar commenting that he is going to become an uncle it can be understood that this was maybe not just a promotional act and that the singer is really pregnant and will soon be ready to give birth to a beautiful baby to their family. With their huge fanbase the news spread so fast that within hours It was all over the internet with fans congratulating the couple in the comments. However, the couple themselves have not made any official statement about them being pregnant.