HomePoliticsNDA Gets Majority in Bihar: Set to Form Government
Politics

NDA Gets Majority in Bihar: Set to Form Government 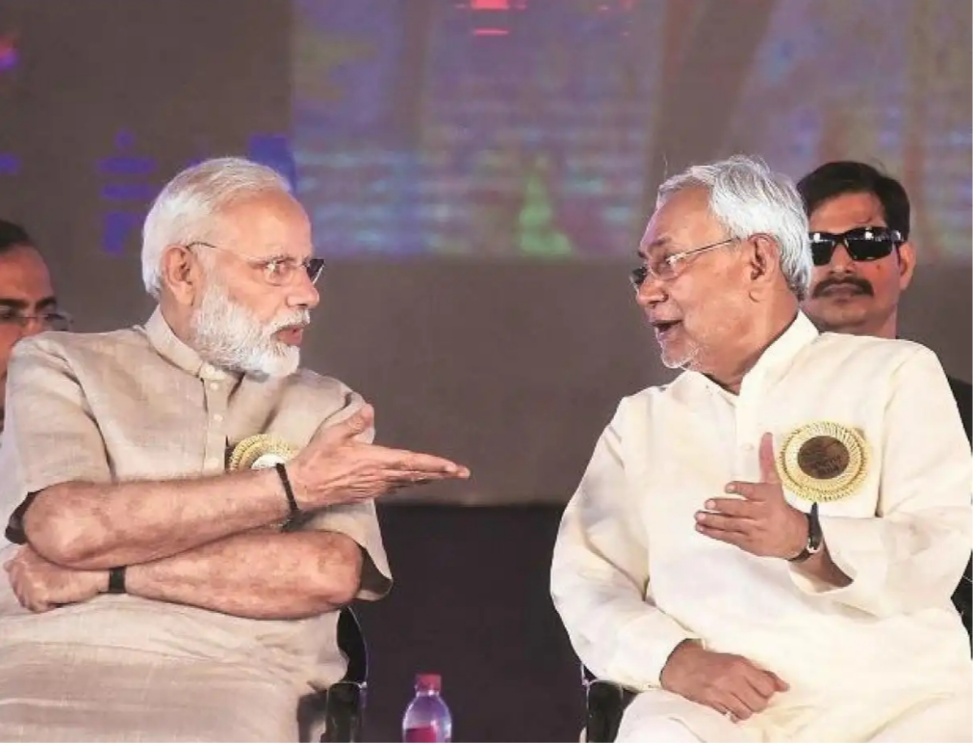 Patna, Bihar:- It seems like Bihar wants to soak into the saffron surge as The National Democratic Alliance(NDA) gets majority in Bihar and won 125 seats, three more than the needed 122 seats. Nitish Kumar will take oath for the nation as the chief minister of Bihar once more and this is the sixth time when Nitish Kumar is going to wear the crown of chief minister of Bihar since 2015.

The Election Commission of India (ECI) has declared the result of the election during the early hours on 11th November, Wednesday and it is seen that Bharatiya Janata party(BJP) has won 74 seats among 243 seats while JD (U) has received 43, INC received 19, LJP received 1 and others secured 31 seats in this election of 2020. Today, after the result out ceremony, the BJP’s Sushil Kumar Modi and Deputy Chief Minister has said, “Nitishji will remain chief minister as it was our commitment. There is no confusion on this.” Then he added to it, in an election “some win more and some win less. But we are equal partners.” The BJP’s Bihar chief, Sanjay Jaiswal has stated, “There is no doubt Nitish Kumar is our chief minister, there is no question of a junior or senior partner in an alliance.”

Bharatiya Janata party (BJP) has not obtained the chance to rule Bihar on its own till date and it was impossible to get the position without Nitish Kumar.

It is clear that the main reason of the changed equation of Bihar election 2020 is Chirag Paswan, an NDA partner who gathered candidates to oppose Nitish Kumar’s Janata Dal United (JDU). It is believed that Chirag Paswan’s actions and revolt has been blessings for Bharatiya Janata Party (BJP) and his Lok Janshakti Party (LJP) has secured one seat only.

Chirag Paswan has himself said today: “Yes, like all parties, I too would like to win as many seats as possible, but my aim for these elections was to ensure that the BJP emerges a stronger party in the state and we are happy with the impact we have had.” Before this, the LJP leader has always said that his chief aim is Nitish Kumar’s defeat.

Union Minister Ravi Shankar Prasad has congratulated Prime Minister Narendra Modi for the victory and has said, “Today is a historic day that NDA has won again the extraordinary trust of the people of Bihar. They trusted PM Modi’s leadership whose commitment resonated with them that without the development of Bihar, development of India will remain incomplete.”

Prime minister Narendra Modi has also congratulated Janata Dal’s candidate Sunil Kumar for the victory in the Lok sabha to Valmiki Nagar in Bihar. On the other hand, Nitish Kumar has beaten Parvesh Kumar Mishra of the Congress by 22,500 approximately.

Today at 2:41 p.m., Amit Shah has tweeted, “visited party national president JP Nadda and congratulated him for BJP’s massive victory in Bihar and bypolls in various states. Under the leadership of Nadda ji and PM Modi, the party workers are devoted to the development of the country.”

Burkina Faso to vow as president