HomePoliticsIndia to get a new symbol to signify Atmanirbhar Bharat,foundation stone laid...
PoliticsNews

India to get a new symbol to signify Atmanirbhar Bharat,foundation stone laid on Thursday. 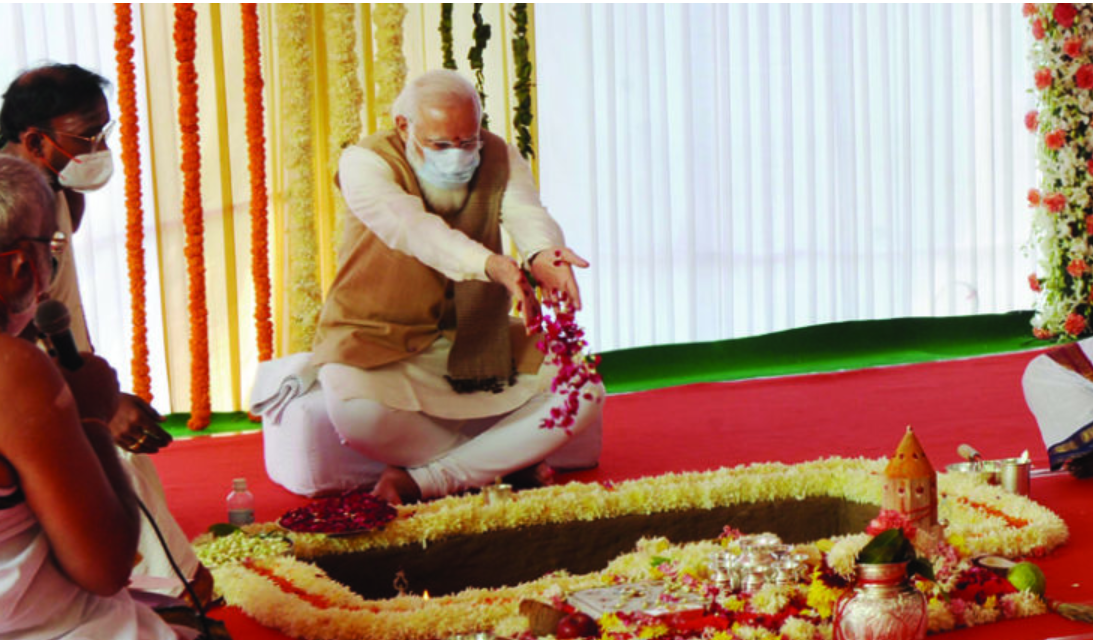 Prime Minister Narendra Modi laid down the foundation of a new building for the parliament of India. The building is the highlight of the enormous 20,000 crore project vista of the government.

The BJP government has been doing some huge ad tremendous changes in the infrastructure of the country ever since they came into power at the central level. The end of 2020 marks the stone laying foundation ceremony performed by the Prime minister of India on Thursday. It is going to be a 2- storey building and a symbolic and very crucial addition to India cultural heritage. The new building would symbolise that India is now actually an independent country and self-reliant. The ceremony bears importance because the supreme court had aggressively tried to stop the center from going ahead from the project but despite their standing against it the project was taken out and there are still some pleas against the project in the supreme court. The foundation was blessed with all prayers from everywhere and Prime Minister participated in the Bhoomi Pujan performed by pujaris from the Sringeri math Karnataka.

The prime minister suggests that there was an ardent need of a new building because the old building just satisfied people’s needs but the new one will be modern and fulfil the aspirations of the country. The building will be triangular shaped with a constitution hall in the middle of the entire complex. The state emblem of India is proposed to be placed atop the new parliament complex. The complex shall have 6 entrances for public use, MPs, and for VIPs including the speaker and vice president. The new complex will provide offices for all key functionaries of the parliament, offices for administrative staff attached to key functionaries, café, dining facilities, committee meeting rooms, VIP lounges, common rooms and a separate ladies lounge. The new building will seat 888 members in the Lok Sabha Chamber with an option to increase to 1,224 members during joint sessions. The Rajya Sabha chamber will have a seating capacity for 384 members, with an expanded capacity

However, there are definitely some issue with the ongoing project due to the legalities from the supreme court. The building holds a special place in the Prime Minister’s heart because it is a symbol of what could get India designated with the title of MOTHER OF DEMOCRACY and that it symbolises Atmanirbhar Bharat. He said in his speech while addressing the people that although the government and policies and politics may be different the goal of making the country prosper and develop and help people progress still stand upright.  He said that there is no temple or ritual that shall sanctify the building but the people who walk in the building and bless it with their presence inclusive of the common public.