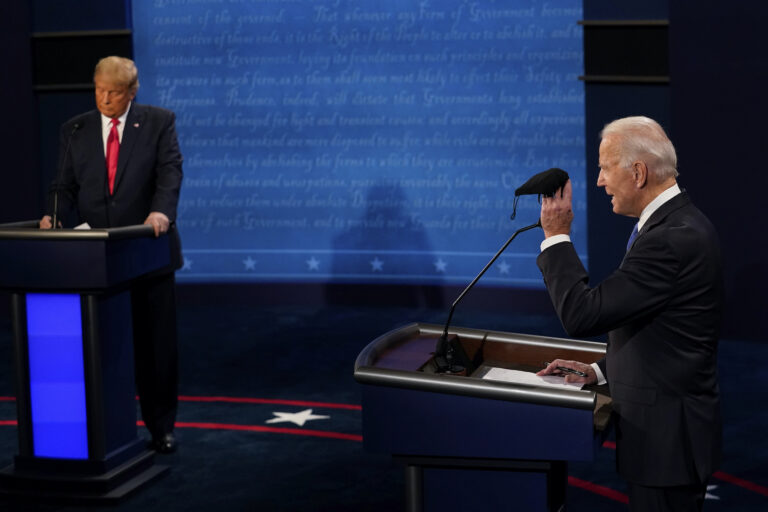 Even though the final presidential debate between the two candidates, Donald Trump and Joe Biden, was more civil and structured than the first one but the presence of personal comments and disruptions cannot be refuted.

The moderator, Kristen Welker, was commended for her insistence and boldness in the way she managed the discussion. Trump constantly interrupted Biden and the moderator, and he also outdid his allocated speaking time more than Biden. The arguments and criticisms were repetitive from the initial debate.

COVID-19 pandemic, American families, national security, and race were the focus points in the discussion. Both of them spoke about climate change for less than 15 minutes and didn’t bother to touch on leadership, which was one of the proclaimed topics.

Trump stormed his remarks on Biden’s son Hunter while the national security part which was to be governed by topics like taxes and candidates’ business dealings overseas. However, Trump appeared to be more civil and calmer than he was in the first debate.

Format of the debate

The Commission on Presidential Debates altered the format following the first debate, as the candidates disrupted one another for over 20% of the entire time. Trump and Biden’s microphones were kept on mute when the other one was speaking, like in the two-minute opening statements. For the rest of the debate, the mics were kept switched on.

But this did not contain disruptions and talking over. Trump interrupted Biden as well as the moderator over 50 times, and Biden interrupted Trump for a total of 37 times.

Trump constantly overlooked and disrupted Welker while also commending her feat. Welker had to ask Trump to stop speaking 48 times, while Biden was asked only five times.

Israel’s ties with Sudan will improve, says Trump
Emergency centers in Puerto Rico shut down due to COVID-19 infections among employees
Comment