HomeNewsGilgit-Baltistan gets provincial status in the midst of massive protests by Pak...
News 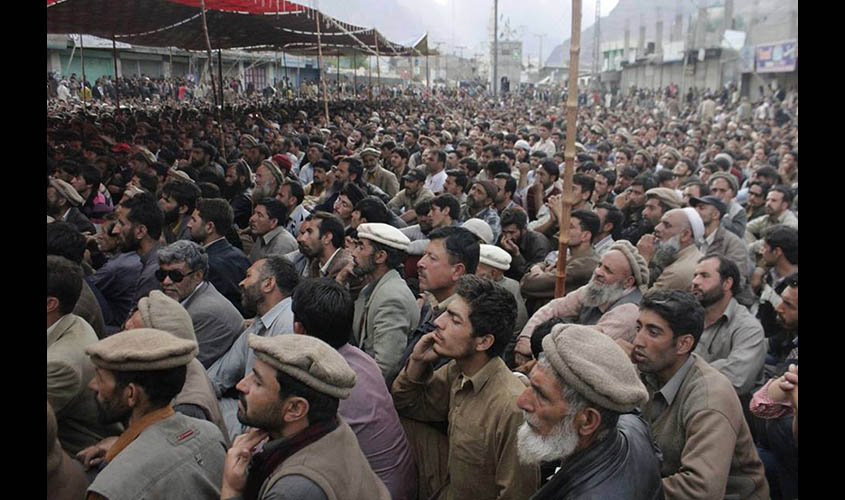 Even in the midst of the demonstrations in opposition to the government’s decision to alter the status of Gilgit-Baltistan, the Prime Minister of Pakistan, Imran Khan made an announcement on Sunday that granted provisional-provincial status to the region.

“One of the reasons for me coming to Gilgit-Baltistan is to announce that we have decided to grant Gilgit-Baltistan the provisional provincial status,” Khan cited as he spoke during his visit to the region. This decision is coming after Saudi Arabia eliminated Pakistan-occupied-Kashmir and Gilgit Baltistan from Pakistan’s map. Large-scale protests have been happening against the government led by Imran Khan over the matter of Gilgit Baltistan.

The verdict is anticipated to ignite indignation and will be having extensive insinuations that will deeply affect the already rising tensions in the east of Line of Actual Control on the border of India and China.

In Muzaffarabad city of Pakistan occupied Kashmir (PoK), the Jammu and Kashmir Liberation front held a colossal demonstration on 8th October to show their anger towards the government’s decision of making Gilgit-Baltistan a province. Political activists claimed to lay their lives rather than letting the country modify the prestige of the region. People from the region of Gilgit Baltistan itself have come out to display their disaffection towards the verdict of Islamabad.

Gilgit-Baltistan was previously known as Northern Areas. The region has been administered by the “Gilgit-Baltistan Empowerment and Self-Governance Order of 2009”, which founded an electoral outline. The elections that are organized in the region under the Order offer merely limited freedom, if any.

Pakistan has been blamed by the people for thoroughly abusing the land of its resources and not giving the people of the land any credit or their fair share. If the people attempt to resist or display anger, the government and the authorities punish them with arrests and also torture the activists.