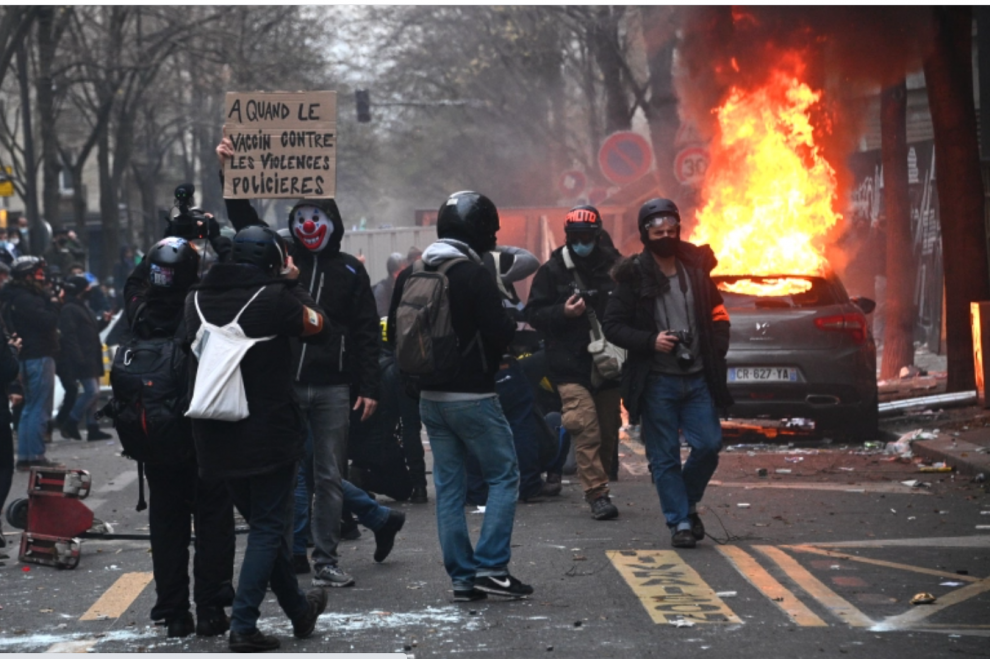 Paris police have been facing lashes from the police ever since their brutality cases have been increasing majorly concerning the George Floyd incident. Seeing the peoples’ reaction to this the France government stated out some security laws in the city earlier. The laws became a reason for the major uproots in the city causing a weekly nationwide protests across Paris.

Has French government normalised police brutality with the latest laws?

The laws seem to seize the right to freedom of press and citizens right to film police brutality or them in malevolent action. People who were protesting were brought down using tear gas by the police. The protestor set fire to vehicles and broke windows causing a demolition of public property. There were 100 rallies organised to oppose the bill passed. The president in response to the agitations responded that there will be some changes in some parts of the bill and also assured that the police will be wearing body cams more often and those who are violent will be punished. The protests intensified when there was a footage that went viral of three white men brutally bating up a black man who was also abused racially. It started on Saturday when suddenly from a group of people marching peacefully some people covered in masks and dressed in black started launching projectile at the riot police. There was thrashing of windows, banks and property agency in retaliation of which they were bought down by tear gas usage rom the police. The demolitions were caused by some infiltrators in the peacefully protesting groups. Although there were heavy police officials deployed in the capital to prevent happening from the last week those injured dozens it did not prevent the happenings this week.

What actually agitated people was the fact that the bill makes it a criminal offence to publish images of on-duty police officers with the intent to harm their “physical or psychological integrity” and that the offenders could face a year in prison and a handsome amount of fine. The fact that there are multiple angles to the bill shows how faulty it is since there re already people ho say that the bill will protect the police from harassment and getting targeted on social media while there are some who say that it curbs their basic rights to freedom, press. But as a solution the govt has decided to make amends to the bill.

BJP may loose another ally over new farm laws.
WHO Foundation Appoints Anil Soni As Its First CEO
Comment

Emily in Paris season 2 – Find out all information right here