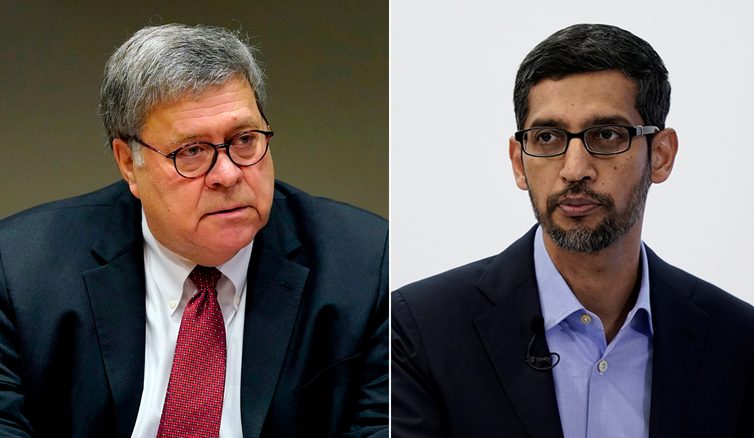 The much-anticipated antitrust lawsuit was filed against the tech giant, Google, by the Justice Department on Tuesday. This has been the ultimate challenge posed to a tech conglomerate in the last 22 years.

The lawsuit states that the company has sustained ‘unlawful monopolies’ in its business surrounding search and advertising.

The case has been filed in the federal court in Washington DC and it asserts that Google has been infringing the law in its journey to maintain its position as ‘the gateway to internet’ for a long time. It has also deprived its opponents in an attempt to do more sale of online search advertisements.

Contract between Apple and Google

The tech company’s dubious methods also have a giant contract with Apple that is worth billions of dollars to make it the default search engine on the Apple products, along with the search engine being pre-loaded in the smartphones that work on Alphabet’s Android operating system, which is in a large portion of phones across the globe.

The investigation ran for 16 months and concluded that Google has used its ‘monopoly power’ along with along with billions in profits to remain at the top of the food chain, as stated by attorney general Bill Barr.

“The end result is that no one can feasibly challenge Google’s dominance in search and search advertising,” Barr said. “This lack of competition harms users, advertisers, and small businesses in the form of fewer choices, reduced quality (including on metrics like privacy), higher advertising prices, and less innovation.”

The DOJ informed the reporters over a conference call that the government will do anything to remedy the current situation.

As compared to the lawsuit filed against Microsoft corporation in 1998 and the one against AT&T that broke up the bell system, this case appears to be the biggest antitrust lawsuit in a generation.

Trump’s administration filed this lawsuit as part of review of the powerful tech industry. Other tech giants like Facebook, Amazon and Apple are also being investigated for anti-competitive behaviour.

A potential restriction on freedoms to remove questionable third-party content on their sites could be imposed on the Silicon Valley.

Officials from DOJ have emphasised on the fact that this lawsuit has nothing to do with the investigations into the company around Section 230, saying that these are separate concerns which are being dealt by different departments.

Federal Trade Commission carried out an investigation into Google over its search product, that ended in 2013. The agency found instances of real harm to consumers and innovation, but did not file a case.