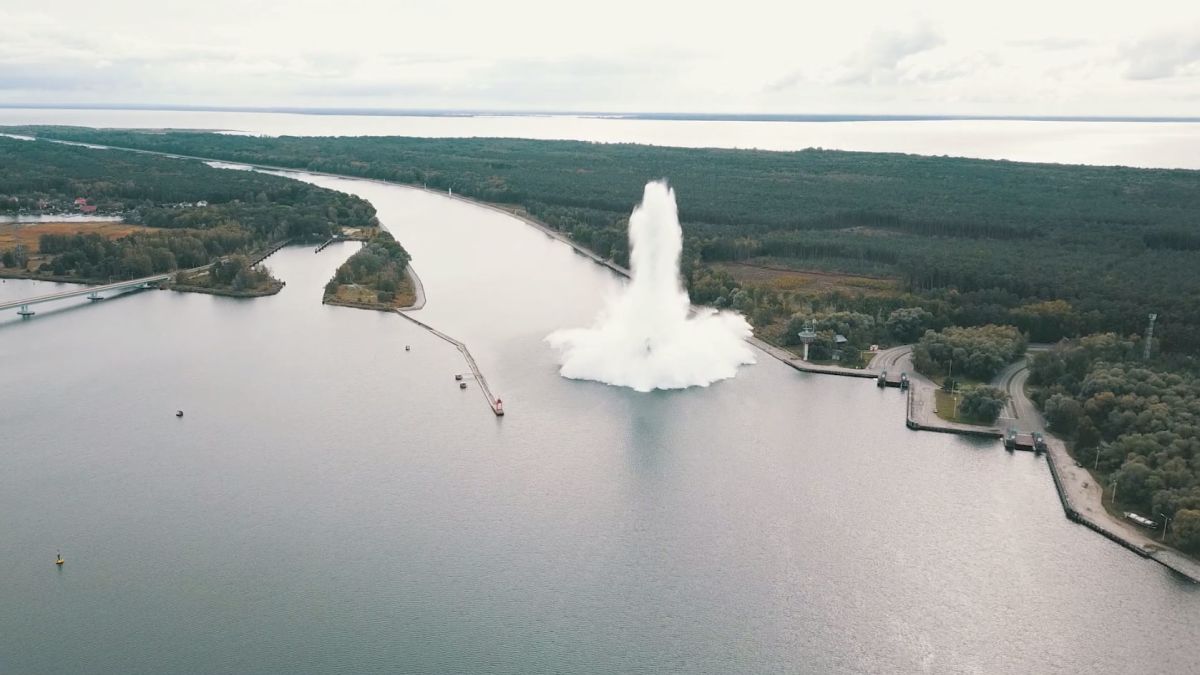 A massive bomb exploded in a canal in Poland, which was plunged by Britain during the second World War. The bomb, Tallboy, was about 12,000 pounds heavy when it was plummeted by the Royal Air Force during the concluding months of the conflict.

It is the biggest ever bomb discovered in Poland. Some believe that it was used to raid on a German ship Lützow.

According to an official from the Polish Ministry of Defence, attempts to neutralize the bomb were made by the Polish navy on Tuesday, using the deflagration method, which entails heating the bomb till the time it burns instead of blowing it up.

Attempts to neutralize the bomb

But the bomb detonated in the canal in the vicinity of the port city of Swinoujscie, directing a huge trail of water into the air.

The manoeuvre to detach the bomb was initiated on Monday as the navy started displacing residents and sent divers to evaluate the situation, the AFP news agency conveyed. Approximately 750 people were removed from the region.

No fatalities or indemnities were recorded at the site, as per the ministry spokesperson. Every course of action was under supervision and control.

When Poland was under Nazi dictatorship, it underwent heavy bombarding from the Allied countries all through the second world war, many citied were ruined during the time.

Numerous Lancaster bombers were sent by the Royal Air Force from the “Dambusters” squadron to release 12 Tallboys on the Lützow in the month of April in 1945, but this one did not blast.

Hitler annexed Poland from the west on September 1, 1939; after which, France and Britain affirmed war on Germany, marking the commencement of the Second World War. On September 17, Soviet troops entered Poland from the east. World War II or the Second World War, was a war on a very large scale that was fought from 1939 to 1945. It tangled the vast bulk of the world’s countries—as well as all the eminent powers—giving birth to two conflicting military alliances: The Allies and the Axis. The main competitors were the Axis powers with Germany, Italy, and Japan on their side and the Allies which had France, Great Britain, the United States, the Soviet Union, and, to a lesser extent, China in their backing.