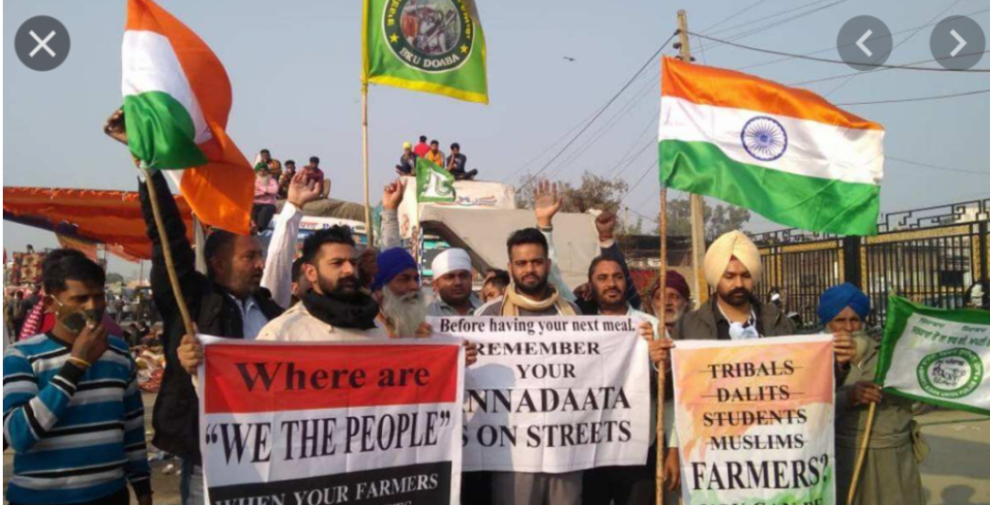 2020 has been a year of unprecedented happenings with corona, innumerable deaths, war tentions and now the farmers protests. The protests saw support from groups and parties around the country including support from Bollywood. With being firm on its decision about the farm laws BJP govt declared this yea it saw backlashes from some of its allies like the RLP in the past days.

RLP MP to consider their alliance with NDA if BJP does not alleviate on their farm laws.

RLP MP Hanuman Beniwal said on Sunday that if the govt doesn’t consider alleviating on the farm laws and doesn’t pay attention to the farmers demands they shall reconsider their alliance with the NDA. He was a former BJP member who founded RLP and is an ally of the current govt. however their negligence towards the protests and   the farmers is making their allies reconsider their decision about their alliance which may not be good for the party with the elections right around the corner. The minister said in his message that they are in support of the Bharat bandh and also urges RLP members to peacefully support the farmers in their protests. He also wrote to shah about the issue claiming that if they do not reconsider the farmers demands and their concerns RLP may reconsider their alliance with NDA. The party faced lack of support from some of their alliances over the farm laws. Earlier the Shiromani Akali dal also quit the NDA coalition over the same along with SAD leader Harsimrat Kaur Badal who resigned from her union ministry post ending the two-decade-long relationship between the BJP and SAD.

BJP may lose its hold over center with multiple protests across nation.

The agitating farmers have urged the shopkeepers also to join their “four-hour symbolic bandh” and shut their establishments to occupy key roads in different parts of the country from. Farmer leaders are appearing to steadfast in their demand for scraping the 3 laws while they assured that emergency services will be allowed during the Bharat bandh. With Narendra Modi believing that reforms are very necessary for a new order and to give new facilities and that they cannot build a new century with the laws of the old century there were statements from other political figures as well like the Bengal CM Mamta Banerjee, MP CM Shivraj Singh Chauhan and Delhi CM Arvind Kejriwal. Where some believe that the center govt should immediately withdraw the farm bills or step down. It should not continue to remain in power after sacrificing the farmers rights there are still some parties like the AAP who are willingly participating in the nationwide strike appealing everyone to join it peacefully for the farmers. Having a conversation face to face of the pm with the farmers and listening them out can be of much help and the least that can be done by the BJP govt rather than mistreating them or trying to shut them down.