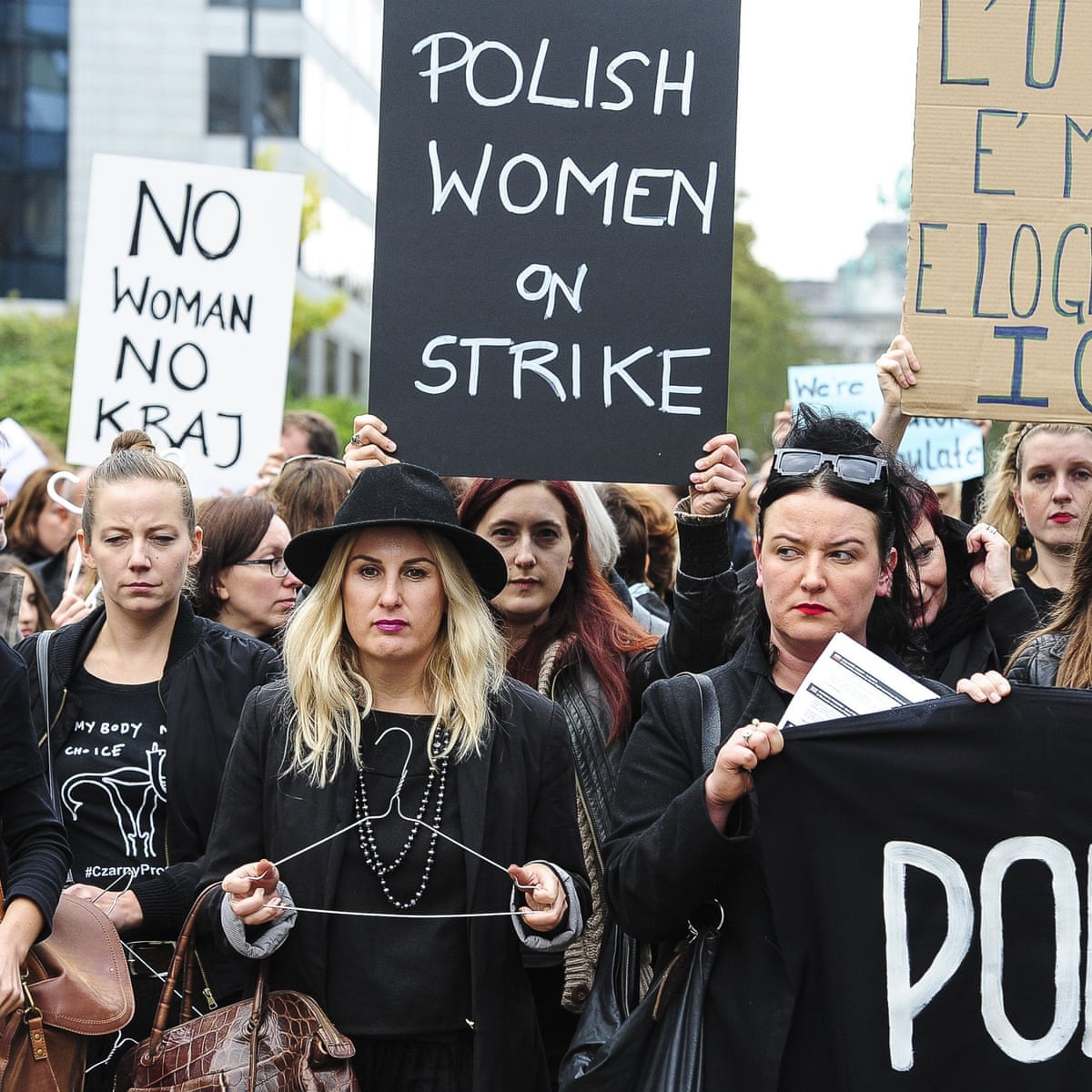 Hundreds of pro-life activists congregated in the front of constitutional court in Warsaw. They constantly chanted that Poland is an example for Europe and the world. This sudden show of support for the country arose when the court directed to almost ban abortions in the country.

However, the streets in cities and even small towns in the country were barred by thousands of women who were infuriated by the outrageous court ruling. The anti abortion law was met with raging women who claimed that their body is not an incubator and they expressed their anger with placards as the protest began to gain momentum.

“Now it’s not about abortion alone, it’s about freedom in general and abortion has become a symbol of it,” stated Marta Lempart, one of the demos’ leaders.

Theese raging protests are being referred to as the women’s revolution in the country. This is for the first time that Poland has seen the solidarity and the coming together of so many women for one cause. On Monday, as the protests began many taxi drivers halted their vehicles and parked them at road junctions in order to block them and marched with the women. In Krakow, the police responsible to disperse the crowd of protestors joined the protesting women as a defied by the orders of the authorities and took off their helmets to march alongside the protestors.

In the country of Poland, it is widely known that the decision to ban abortion is not only of the conservative government but also of the bishops in the catholic Church that hold a considerable influence over the authorities. During the protest on Sunday many demonstrators express their anger incharges as they interrupted services.

The regulations implemented to curb the spread of coronavirus infections seemed to be a plausible reason for the authorities to send the police to disperse the crowd. Many protesters were arrested and had to pay a fine but in the meantime the actions of the police have been limited to a certain extent. Even with their shields and helmets in place they only seem to intimidate people and not take of the strict actions.

In Poland, abortion was permitted if the pregnancy was because of a criminal act, if it was a critical threat to the women’s life or in the case of finding an abnormality or lethal disease in the foetus.

The Government of Poland is astonished at the extent of the demonstrations by women and the unrest caused by the same. Realising the growth of these protests all over the country, the prime minister of Poland has called for calm and reason; however the women and the man supporting the cause are not likely to consider this request.